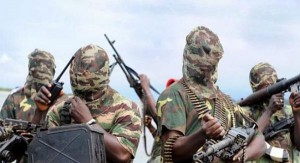 Nigerian troops have rescued 178 people from Boko Haram in attacks that destroyed several of the Islamic extremist group’s camps in the north east, according to the army.

Army spokesman Colonel Tukur Gusau said 101 of those freed were children, along with 67 women and 10 men.

The Nigerian Air Force reported killing “a large number” of militants in repelling an attack on Bitta village, 30 miles south west of the army operations that took place around Bama, 45 miles south east of Maiduguri city.

Maiduguri is the birthplace of Boko Haram and the capital of north-eastern Borno state.

Last week the army rescued 71 kidnapped people, some of whom said they had been held by Boko Haram for up to a year in villages just 25 miles from Maiduguri.

Hundreds have been freed from Boko Haram captivity this year but none of the 219 girls abducted in April 2014 from a school in Chibok was among the rescued.

Meanwhile the extremists distributed a new video on Twitter purporting to show attacks on Nigerian army barracks in the states of Borno and Yobe. The video also shows the beheading of a man in military fatigues said to be a Nigerian soldier.

According to a translation by the SITE Intelligence Group, an unidentified fighter, shown in the video with looted army weapons and ammunition, says the footage shows Nigeria’s military has not forced Boko Haram from its positions and got them hemmed into the Sambisa Forest, as the military has claimed.