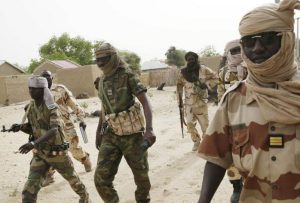 Troops have killed many fighters of the Islamic State West Africa Province (ISWAP) and dislodged the terrorist group from the Kainji National Park, New Bussa in Borgu Local Government Area of Niger State, like reported by dailytrust.com.

The Commissioner for Local Government, Chieftaincy Affairs and Internal Security, Emmanuel Umar, disclosed this in a chat with journalists in his office in Minna Tuesday.

He said the military operation became intensive as the terrorists tried to make the park their new settlement.

It was gathered that the fleeing terrorists from neighboring states had established a camp in Niger State.

“Many of the terrorists have been neutralised while a number of them were apprehended and taken into police custody,” he said.

Umar said terrorists were being attracted to parts of the state especially areas with viable cattle and agricultural products but said the government had stepped up actions against them.

“We have stepped up our game to make sure that the bandits don’t return to these areas,” he added.