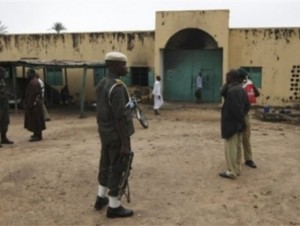 “The Koutoukale prison where numerous terrorists, notably Malians, are being detained was attacked at 4 a.m. this morning,” Mohamed Bazoum wrote on his Facebook page on Monday. “The enemy was pushed back.”

The attack follows the kidnapping of an American aid worker from his house outside Niamey late Friday. Bazoum in an earlier statement blamed a Mali-based Islamist group for the abduction.