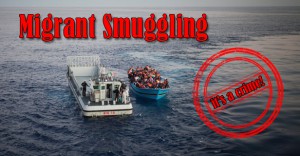 Niger has approved a law against the smuggling of migrants in an effort to stem the deadly flow of vulnerable Africans across its vast desert north, many of them headed towards Libya and on to Europe.
The law, approved unanimously by parliament late on Monday, translates onto Niger’s statutes a United Nations protocol against the smuggling of migrants, allowing judges and police to take action. Niger’s desert town of Agadez is one of the main transit points in the Sahara for migrants leaving poor West African nations en route for north Africa and Europe.

Up to 4 000 migrants without travel papers can pass through Agadez every week, according to the UN Office on Drugs and Crime (UNODC). A spike in the numbers of immigrants attempting the dangerous sea crossing from Libya has sparked alarm in Europe, particularly after some 800 people drowned after a Mediterranean shipwreck last month.

Authorities in Niger promised a crackdown after at least 92 migrants from Niger died of hunger and thirst in the desert in October 2013 after being abandoned by traffickers who were taking them to Algeria. In an effort to prevent migrants without papers from being brutalised by security forces, the law emphasised that smuggled persons were victims of human rights abuses.

“The adoption of this law aims essentially to protect the frontiers of our country,” said justice minister Amadou Marou. “In these times of uncertainty, where organised cross-border crime is sowing terror in our country, it is indispensable that all those who travel in our country carry their identity documents. This law imposes that.”

The desolate, empty spaces of the Sahara in northern Niger and neighbouring Mali are home to drug and arms traffickers, people-smugglers and armed Islamist militant groups, some of them linked to al-Qaeda.