You are here: Home / Africa / Niger: dozens dead in attack by Islamist terrorists 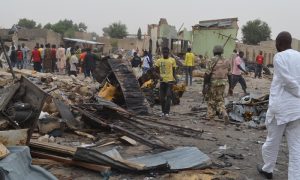 At least 69 people, including a mayor, have been killed in an attack by gunmen in southwestern Niger, the country’s government has confirmed according to allafrica.com.

Al Jazeera reports that the assault was the latest in Niger’s “tri-border” zone with Burkina Faso and Mali, a volatile area that has been the epicentre of conflict between state forces and armed groups linked to Islamic State and al-Qaeda.

AFP reports that the assault took place on Tuesday at Adab-Dab, a village about 55km from Banibangou in the western region of Tillaberi, a source said.

Al Jazeera says says that Interior Minister Alkache Alhada said on state television that 15 people had survived and a search operation was under way,