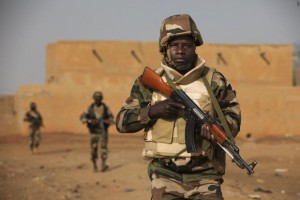 Niger’s air force bombed a Boko Haram base in the country’s southeast and arrested more than 20 terrorists, security sources said today, in its biggest counter-attack in eight months.

Members of the Islamist terror group based mostly in northeastern Nigeria have repeatedly attacked the Lake Chad area, including Niger’s southern border region of Diffa.

Government forces tracked the terrorists after a soldier was killed when a military vehicle was blown up by remote control by the group near Lake Chad on Monday, the sources said.

“Our air forces destroyed this nest, but we do not yet have an official death toll,” a military officer said. Soldiers arrested the remaining fighters.

In October, Niger’s parliament approved a three-month extension of a 15-day state of emergency in Diffa in order to boost security.