You are here: Home / Africa / Niger: 2 police killed in attack 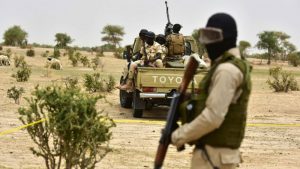 Two policemen have been killed and seven wounded in an attack in southwest Niger, local media reported Wednesday, like reported by news24.com.

It was not clear if the attack overnight Monday-Tuesday near the village of Kokoloukou, in Tillaberi region bordering Burkina Faso, was the work of jihadists or armed bandits.

The area has not previously suffered any jihadist attacks, but armed gangs sometimes abduct wealthy traders for ransom.

The Boko Haram jihadist group launched an insurgency in northeast Nigeria in 2009 that in 2015 spilled into Niger.

Seven Niger soldiers were killed last week in an attack by suspected Boko Haram militants in the southeast of the country.