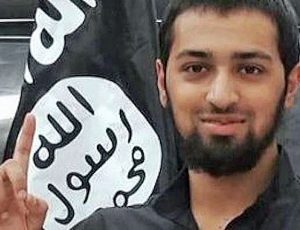 A 22-year-old former college student from Queens, N.Y. was sentenced to 18 years in prison on federal terrorism charges, the Department of Justice announced according to upi.com.

Munther Omar Saleh pleaded guilty in February 2017 to conspiring and attempting to provide material support to the Islamic State and for assaulting and conspiring to assault federal officers. His 18-year sentence will be followed by 10 years of probation.

“Inspired by [Islamic State’s] violent and hateful ideology, the defendant conspired with others to use a pressure-cooker bomb in a terrorist attack in New York and attempted to attack members of law enforcement who were conducting surveillance of him,” said Acting Assistant Attorney General O’Callaghan in a statement. “Today’s sentence is but one example of our resolve to bring to justice homegrown violent extremists who plot and attempt attacks on innocent people, including law enforcement agents, in the U.S. in the name of foreign terrorist organizations.”

Saleh was arrested on June 13, 2015 after he and another suspect attempted to attack a federal officer who was conducting surveillance on Saleh, prosecutors said.

Saleh came under suspicion of federal officers after he made online searches on how to build explosives and praised terrorist organizations like Islamic State on social media.

“The investigation has uncovered that Saleh is making efforts to prepare an explosive device for detonation in the New York metropolitan area on behalf of [Islamic State],” court papers said at the time of his 2015 arrest.

Before his arrest, Saleh was enrolled in the Aeronautics and Technology program at Vaughn College in Queens.