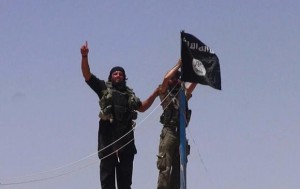 Bombs alone will not defeat the Islamic State (IS) group, and efforts against them would be boosted by a new UN body focussed on a lack of jobs and schools in the world’s war zones, UN envoy Ahmad Alhendawi told Middle East Eye on Tuesday.

Alhendawi, the UN envoy on youth issues, said that efforts to tackle IS are hampered by a lack of data about young Syrians who are often faced with choosing between joining a militia or living in a refugee camp without any job or education prospects.

“We don’t know enough about what’s happening to youth populations in conflict zones. There is not enough data to measure the plight of young people and the challenges they face of having no university, no degrees or jobs and of living many years in refugee camps,” he told MEE (middleeasteye).

“I call on the UN Security Council to consider a resolution … we lack adequate mechanisms to cover the nexus between youth, peace and security and youth development.”

Alhendawi, a Jordanian, spoke with MEE by phone as he attended a two-day meeting in Paris about online propaganda by IS, the tech-savvy militants of Syria and Iraq, and other groups that use the web to recruit and spread their puritanical message.

He called for a UN Security Council body to monitor conditions for the 600 million young people who live in warzones and fragile states globally. It will be addressed at a two-day meeting on youth issues starting on August 21 in Amman, Jordan.

His comments follow US President Barack Obama’s decision to send 450 extra troops to Iraq and amid fears that US-led military efforts against IS have stalled as the group holds much of its self-declared caliphate and expands into North Africa, Europe and Asia.

Earlier this year, Michael Steinbach, head of the FBI’s counterterrorism division, said that the US efforts to defeat IS in cyberspace were being eclipsed by “the sheer volume” of IS propaganda via Twitter and other social media networks.

For Alhendawi, the solution is at hand. More funding from states, charities, foundations and universities can be directed to online activists, bloggers and youth groups so they can post content to counter IS propaganda.

“We have a new generation of digital natives, and these people could contribute to countering that narrative; but we need more structure, more initiatives and more funding to engage more youth organisations into the debate,” he told MEE.

“To lift up the moderate voices, we have to offer mechanisms to do that. This should clearly be happening by empowering bloggers and social media activists who can play a significant role in winning the online battle.”