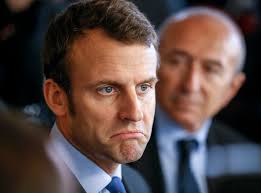 New disputes between Head of the Libyan National Army Khalifa Haftar and Head of Libya’s UN-backed government Fayez al-Sarraj have emerged Monday on the reality controlling Ghat military base, southwestern Libya, in addition to the stance over the new constitution in the country, like reported by aawsat.com .

Few hours after members of Ghat military airport announced that they officially joined Haftar’s leadership, Sarraj met in Tripoli with Commander of Ghat Air Base Brigadier General Aba Enbi Maghar in the presence of the member of the House of Representatives Saleh Hamma.

According to the Council Information office, the meeting dealt with special arrangements at the base and the needs and mission assigned to it.

The Commander briefed the meeting on the situation in the base, dismissing reports about elements taking control of it and reaffirming that coordination was continuing with the Air Staff and the Defense Ministry in all respects.

For his part, Sarraj said the Council was interested in meeting the needs of the military institutions in the South so that they can carry out their duties properly.

Notably, the war in Libya is waged on several fronts. Haftar is fighting in the east against a coalition of extremists and former opponents in Benghazi, and his forces are launching air strikes on armed groups in Darnah.

He gained momentum and won battles at the expense of his opponents in Benghazi, controlling major oil ports with a combination of military power and negotiations with the tribes.

On the other hand, Sarraj called on Monday for a referendum on a draft constitution approved over the weekend following years of wrangling in the war-torn country.

Libya had no constitution throughout the four-decade dictatorship of Muammar Gaddafi, who was overthrown and killed in a NATO-backed 2011 uprising.

Sarraj welcomed the vote by the Constituent Assembly on the draft Libyan Constitution, according to a statement on the unity government’s Facebook page.

“Freedom of opinion and expression must be respected by all along with the right of all the Libyans to choose their way of life without terror or threat,” he said.

He called on political actors to “create a suitable climate” for holding a referendum on the constitution.