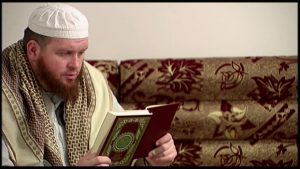 The current offensive by coalition forces in Iraq and Syria has significantly reduced the threat posed by the Islamic State (IS). It has also stopped foreign fighters heading to the region to join the caliphate. Hence, many who cannot head to Iraq and Syria are now operating within their home countries, like reported by nst.com.my.

Will this be a new shift in IS operations? According to an internal report from the International Association for Counterterrorism and Security Professionals, the threat has now shifted to homegrown terrorism globally.

The report looks into the emerging threats, foreign fighters, threats within countries and governments’ response. The wandering bands of fighters from existing conflict zones such as Libya, Egypt, North Africa, west Africa, Yemen, Afghanistan and Somalia are heading back home. New regions have become hotspots for IS, such as the Horn of Africa, South Asia and Southeast Asia. The report concludes that IS homegrown operatives will be better prepared and organised in their home countries with the support of returning foreign fighters.

Today, two groups pose a threat to the global community. They are IS, with an estimated 50,000 fighters and al-Qaeda, with about 90,000 fighters. We have seen in the last couple of years attacks taking place globally, not one, but multiple attacks targeting Europe and the Asia-Pacific region.

Demographics, location and lifestyle are important for these homegrown terrorists. There is less culture shock, and skills are more easily transferable. The environment is also conducive as they were born and bred in these countries. Blending into the community of Europeans, Americans, Asians and Africans in Europe is not a problem. Hence, the threat from these homegrown and returning foreign fighters is greater.

IS has a vast intelligence network and sharing of information through social media. Telegram, one of the many social media applications, is widely used by IS and other terrorist groups. They have several “chat groups”. Although law enforcement agencies are tracking these chat groups, they remain well protected.

These chat groups are now the main way for the homegrown terrorists to covertly prepare for attacks that sometimes “copy” the attacks already taking place globally. For returning foreign fighters, they have acquired battlefield expertise and have a global terror network of connections. They are considered extremely dangerous, according to terrorism analysts. They are also particularly effective at radicalising new recruits, according to research done by Partnership for Conflict, Crime and Security Research.

Radicalisation prevention and deradicalisation programmes are the best strategic tools for governments to adopt to counter this new threat. Governments must also bear in mind that the most vital tool is intelligence and information sharing among countries. Globally, the threat will differ from region to region and law enforcement agencies must determine the capabilities, motives and modus operandi of these homegrown terrorists and returning foreign fighters.

Governments must also realise that people in general are poor at calculating risks. A terrorist incident creates widespread public fear — governments cannot afford to ignore this fact. Although the risk to an individual member of the public may be small, the overall risk at a national level is far higher. According to research on terrorist attacks and incidents, a majority of these attacks are targeted at private citizens and properties, followed by businesses.

The threat from returning foreign fighters should now be the focus of law enforcement agencies worldwide.

German sociologist Max Weber’s theory of “monopoly on violence” which a state claims to belong to it, will now be usurped by terrorists if the state is unable to control the violence within its borders.