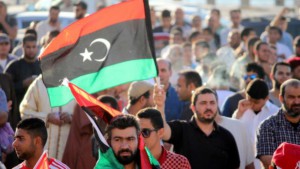 The make up of a new Libyan government of national accord aimed at uniting the country’s warring factions under a UN-backed plan has been announced.

A Tunis-based Presidential Council formed under the plan named a total of 32 ministers on Tuesday.

The council had pushed back the deadline for naming the government by 48 hours, amid reports of disputes over the distribution of ministerial posts.