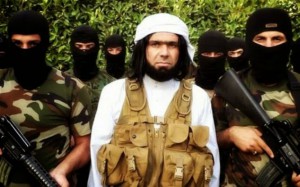 The militant Islamist group known as ISIS is more than just an organization with an ideology that is different from our own. This is a group that has regularly carried out or inspired attacks that have massacred large numbers of innocent civilians in places like France, Turkey, Mali, and now, the United States. Additionally, ISIS has released a number of videos that clearly show members beheading people in the most gruesome and barbaric manner thinkable. As such, it has become increasingly apparent that we are dealing with a group of homicidal and suicidal maniacs with a severely warped moral and ethical code. One essentially has to be a murderous psychopath to willingly commit such acts, as a psychopath is generally defined as an unstable or aggressive person with abnormal or violent social behavior.

Since counter-terrorism strategies rely heavily on understanding what makes these individuals tick, and how the process of radicalization works, it is crucial that we understand the minds and brains of the perpetrators, as well as those they aim to recruit. One main question of interest should be, “Does ISIS turn people into psychopaths, or do psychopaths join ISIS?” Fortunately, studies from the fields of neuroscience and psychology offer some very illuminating insights into the subject.

Our brains are essentially biological computers. Brain cells, called neurons, communicate by sending electrical signals to one another, and whole brain regions are responsible for carrying out different functions. One area of the brain that is specifically involved in good decision making, impulse control, and regulating one’s emotions is known as the prefrontal cortex, and is located at the front of the brain, just behind one’s forehead. Little kids have brains that haven’t fully developed, and therefore have a prefrontal cortex with electrical circuitry that lacks proper ‘wiring’. This is why children have emotional outbursts, are impulsive, and often make unwise decisions.

According to a number of peer-reviewed studies, psychopaths have a dysfunctional prefrontal cortex as well. As such, they too have difficulty controlling impulses, regulating emotions, and making logical decisions. Furthermore, a specific area of this brain region, known as the ventromedial prefrontal cortex, has been shown to mediate a number of important social and emotional decision-making functions. Since activity in this area is disrupted in psychopaths, they are prone to impulsive, aggressive, socially destructive behavior.

This certainly explains a great deal about why psychopaths make good members of ISIS, but what is it about ISIS that actually lures them in? In other words, what is it about psychopaths’ brains that make them vulnerable to ISIS recruiters compared to normal individuals, other than the fact that it provides a way for them to exercise their violent, sadistic urges?

Science has an answer that makes a lot of sense: Prefrontal cortex dysfunction also produces an impaired ability to doubt things, or a “doubt deficit”. This hinders one’s ability to be skeptical of new information, especially beliefs or ideas that are being imposed on them. Just as children—with their underdeveloped prefrontal cortex—easily believe in supernatural beings like the Easter Bunny and Santa Claus, psychopaths are highly vulnerable to brainwashing and radicalization by those pushing violent, virulent ideologies.

When a psychopath is directed to sites where they are exposed to pro-ISIS propaganda videos, the message being put forth isn’t scrutinized in the way it would be by healthy-minded individuals. Charismatic recruiters who strategically feed psychopaths ideas have an easier task than they would with others. Additionally, these recruiters are made even more effective through their persistence, since studies show that brains naturally accept rather than reject beliefs, since the latter entails an evaluation phase that means more work for the brain.

The science is clear. Psychopaths have brains that make them more likely to be enlisted by radical extremist groups like ISIS. A prefrontal cortex with poor circuitry not only makes them behave in impulsive, destructive ways that are characteristic of terrorists, but also makes them more susceptible to believing far-fetched doctrines that promote dangerous behavior. Since such insights can only be attained through scientific investigation, as we strive to better understand the mind of the enemy, we should look towards disciplines like neuroscience and psychology to light the way.