You are here: Home / Europe / Netherland: almost two-thirds of muslim terrorists have a criminal past 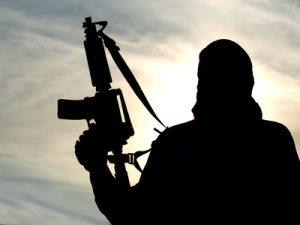 Almost two-thirds of the people suspected of involvement in jihadi terrorism in the Netherlands have been suspects for petty crime, including shoplifting, threatening behaviour and public order offences, the NRC said on Friday.

The paper bases its claim on research by the Netherlands Institute for the Study of Crime and Law Enforcement, which looked at 353 separate individuals.

Together they make up nearly everyone suspected of terrorist involvement in the Netherlands over the past 14 years.

The NSCR found that the profile of the average jihadi suspect is almost the same as ‘ordinary’ criminals. Almost two-thirds had dropped out of high school, just 4% had a college or university degree and over 50% were unemployed and living off benefits.

‘We are talking about vulnerable youngsters with low economic status,’ criminologist Elanie Rodermond told the NRC. ‘They are looking for a group to belong to and jihad can be a way out for them. By joining in, you make reparations for your criminal past.’

Research by the Dutch counter-terrorism unit NCTV shows that there is a strong link between terrorism and crime and that terrorists make use of their old networks to finance acts of violence or buy weapons, broadcaster RTL Nieuws said.