You are here: Home / MidEastGulf / Netanyahu reveals “Israel is active in Syria to prevent weapon transfers to Hezbollah”‘ 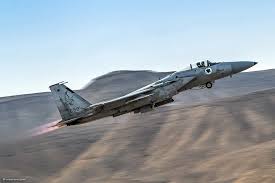 Prime Minister Binyamin Netanyahu on Tuesday confirmed for the first time that Israel occasionally conducts military activities in Syria to prevent threats on its borders, in the most explicit acknowledgement yet of Israeli airstrikes that have been long reported by the Arab press.

Israel “is active from time to time in Syria,” Netanyahu said at the Eighth Galilee Conference held in Akko (Acre), which was attended by various leading coalition and opposition MKs.

Explaining the action, he said it is intended “to prevent a military front against us, and also in order to prevent the transfer of lethal weapons from Syria to Lebanon.”

Regarding action in Syria, Defense Minister Moshe Ya’alon (Likud) confirmed on Sunday that Israel is in full contact with Russia that is conducting its own airstrike campaign, and that Israel resolved a recent breach of Israeli airspace without incident.

Netanyahu’s comments on weapon transfers would seem to refer to Israel’s long standing policy of working to block advanced missiles from being transferred by Iran to its Lebanese Shi’ite terror proxy Hezbollah.

Arab media has long reported on Israeli Air Force (IAF) strikes in Syria, with a number of the reports cropping up in recent weeks alone, but Israel has remained tight-lipped regarding the reported strikes.

Just last week it was reported by a Saudi news site that the IAF last Monday hit advanced Russian anti-tank missiles capable of piercing the armor of the Merkava Mark IV, Israel’s most advanced tank. The missiles were stored just outside of Damascus adjacent to an elite unit of the Syrian army, and apparently were en route to Hezbollah in Lebanon.

Syrian media for its part last week alleged that the IAF struck a Hezbollah base in the mountainous Qalamoun border region between Syria and Lebanon.

Concerns over missile shipments to Hezbollah are well-founded, as shown by an updated Israeli assessment released earlier last month which revealed Hezbollah has no fewer than 150,000 missiles pointing at Israel.