You are here: Home / Africa / Need for “joint African action” to eradicate scourge of terrorism (Jhinaoui) 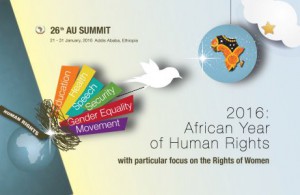 Minister of Foreign Affairs Khemaies Jhinaoui called for a “joint African action” to eradicate the terrorist threat on the continent.

“More than ever, the African countries are called to exert efforts to tighten the ranks so as to eradicate the scourge of terrorism,” underlined the Tunisian FM in a Foreign Ministry statement published Saturday.

At an address delivered on the 26th African Union (AU) summit held on January 30-31, in Addis-Abeba, The Tunisian Foreign Minister supports “ a concrete and comprehensive approach able to dismantle the terrorist networks and dry its funding sources from informal economy, smuggling and transnational criminality, the statement adds.

Evoking the situation in Libya, Jhinaoui reasserted Tunisia’s attachment to “unity and territorial integrity of this sisterly country”, exhorting “the stakeholders to prevail dialogue in order to reach a government of national consensus in the shortest terms.”

On the fringes of the first-day works of the summit, the Foreign Minister had talks with Egyptian President Abdelfattah Al-Sissi as well as with his counterparts from Togo, Cameroon, Gambia and Rwanda, the statement specifies.  The consultation allowed to discuss means to boost bilateral co-operation relations in the different fields, in addition to appropriate means aimed to promote joint African action to meet the challenges, including notably terrorism, the same source indicates.

The inaugural session of the Summit was marked by the participation of a large number of African Heads of state and government, in addition Palestinian President Mahmoud Abbas and the United Nations Secretary-General Ban Ki-Moon.