Terror conference told situation ‘will get worse before it gets better’ as IS looks for new ways to carry out attacks. 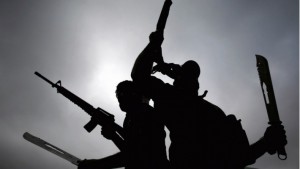 A senior Nato official has said Islamic State could “split in two” as security chiefs warn that extremists are plotting to carry out biological and nuclear attacks on Britain and Europe.

Speaking at the annual Security and Counter Terror Expo in London, Jorge Berto Silva, the deputy head of counter-terrorism for the European Commission, said there was a “justified concern” that IS fighters are trying to obtain what the Daily Telegraph calls “substances of mass destruction”, such as biological, chemical and radiological weapons.

His claim comes after it emerged the terrorist cell involved in the Brussels attack last month had been secretly filming a senior Belgian nuclear official.

EU and Nato security chiefs also told the conference the group was looking into developing ways to avoid security measures to carry out further assaults, such as using bombs implanted in human bodies and hacking driverless cars.

Yesterday, German newspaper Bild reported that IS planned to target tourists by posing as ice cream and T-shirt sellers at European beach resorts.

However, it was Dr Jamie Shea, Nato’s deputy assistant secretary general for emerging security threats, who offered the starkest warning into the situation.

The threat from IS was likely to “get worse before it gets better”, he told delegates, saying the group looks likely to “split in two” as it loses ground in Iraq and Syria and focuses on setting up terror cells around Europe to launch attacks in the future.

Consultancy firm IHS has estimated that the number of people under IS control has fallen from a peak of nine million in early 2015 to six million today, a drop that has resulted in a 30 per cent cut in IS revenue from lost “tax”.