You are here: Home / Senza categoria / NATO to spend $4.3B on cyber defences 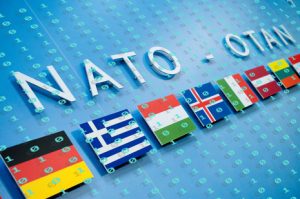 NATO plans to spend 3 billion euros ($4.3 billion) to upgrade its satellite and computer technology over the next three years as the Western military alliance adapts to new threats, like reported by sbs.com.au.

Seeking to deter hackers, and other threats including Iranian missiles, the investments underscore NATO’s recognition that conflicts are increasingly fought on computer networks as well as in the air, on land and at sea.

A senior official at the NATO Communications and Information Agency said the plans include a 1.7-billion-euro investment in satellite communications to better support troops and ships deployed across the alliance, as well as aiding the use of Unmanned Aerial Vehicles (UAVs) or drones.

The proposals, for which some funding must still be approved by NATO governments, also envisage spending about 800 million euros on the computer systems that help command air and missile defences, said the official.

Seventy-one million euros will go to improving the protection of NATO’s 32 main locations from cyber attacks.

NATO says it has seen a five-fold increase in suspicious events on its networks in the past three years, while Russian group APT28 is blamed by Western intelligence for the hacking of the US Democratic Party during last year’s US election.

NATO officials have told Reuters they suspect Russia sponsors attacks against their networks before major summits.

NATO will present its needs in detail at a conference in Ottawa in April and then begin launching the bidding process.