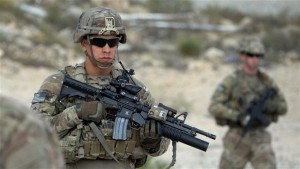 NATO foreign ministers have agreed to keep about 12,000 troops in Afghanistan through next year, while pushing forward with a funding drive to help the country through 2020, the Associated Press reports.

Alliance Secretary-General Jens Stoltenberg confirmed the commitments — roughly 7,000 U.S. troops and 5,000 from other NATO member states and partners — following a meeting on Afghanistan Tuesday, December 1, as part of a two-day gathering of NATO foreign ministers.

Stoltenberg called it a “very substantive” meeting on the Resolute Support mission that provides advice, training and assistance to Afghan security forces. As of October, NATO had over 13,100 troops in Afghanistan.

Stoltenberg also said several allies had given “a number of pledges” for new funding for Afghanistan, and NATO was hoping to firm up decisions on funding at its July summit in Warsaw.