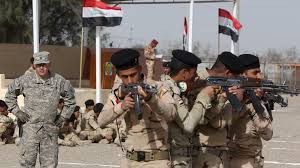 NATO defence ministers are set to expand the military alliance’s training mission in Iraq once the coronavirus pandemic eases, senior officials and diplomats said, potentially cementing a broader role for the Atlantic alliance in the Middle East, like reported by usnews.com.

Ministers are set to agree plans on Thursday during a video conference, potentially taking the mission from its current maximum of some 500 troops to around 4,000 or 5,000, four diplomats said.

“The mission will expand gradually, in response to the situation,” he said.

NATO has had a non-combat, “train-and-advise” mission in Baghdad since October 2018 but plans to expand it were delayed, in part, by COVID-19 and also due to concerns about regional stability after a U.S. drone killed a top Iranian commander in Baghdad on Jan. 3. 2020.

Earlier expansion plans were mainly in response to a demand by then-U.S. President Donald Trump for NATO to do more in the Middle East. This time, Iraqi Prime Minister Mustafa al-Kadhimi, a former intelligence chief and U.S. ally who took office in May, is eager to have a greater NATO presence in the country at a time of rising insecurity, diplomats said.

A rocket attack on U.S.-led forces in northern Iraq killed a civilian contractor on Monday and injured a U.S. service member, in the deadliest such incident in almost a year.

Paramilitary groups aligned with Iran in Iraq and Yemen have launched attacks against the United States and its Arab allies in recent weeks, including a drone attack on a Saudi airport and a rocket attack on the U.S. Embassy in Baghdad.

NATO will likely take over some of the training activities carried out by the U.S.-led coalition against Islamic State. The allied mission, involving allies including Britain, Turkey and Denmark and led by a Danish commander, is seen as more acceptable to Iraqis than a U.S. training force, diplomats said.

Currently, the NATO mission only trains and advises members of the Iraqi security institutions and forces who are under the direct control of the Iraqi government.