You are here: Home / West Asia / NATO: ‘Resolute Support’ in Afghanistan has to be extended 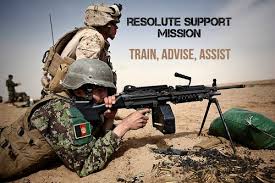 “The view across our militaries is unanimous: ‘Resolute Support’ has to be extended. Its strength should not be diminished. The situation there is just too uncertain,” a German military officer told IHS Jane’s during the first day of the 26-27 October Georgia Defence Security Conference in Tbilisi.

The European Union’s (EU’s) assessment is no less sobering: “The past months have seen a serious security situation [involving] renewed terrorist attacks with record numbers of civilian casualties,” EU foreign ministers said after their 26 October meeting in Brussels.