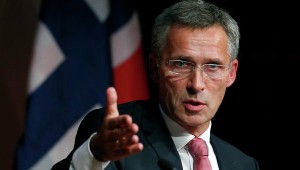 NATO is ready to send troops to Turkey to defend its ally against threats on its southern flank, Jens Stoltenberg, head of the U.S.-led alliance, said on Thursday, Reuters reported.

“NATO is ready and able to defend all allies, including Turkey against any threats,” he said, noting that Russia’s air and cruise missile strikes were reasons for concern.

“NATO has already responded by increasing our capacity, our ability, our preparedness to deploy forces including to the south, including in Turkey,” Stoltenberg stressed.

Note that, NATO held an extraordinary meeting after Russia fighter jets violated Turkish airspace on 3 and 4 October. A resolution condemning Russia’s incursion into Turkish airspace was adopted at the meeting.