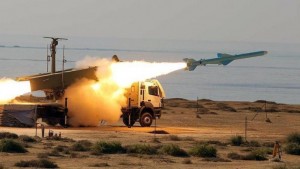 NATO Secretary General Jens Stoltenberg on Tuesday said the alliance should develop its own missile systems after reports Iran had conducted ballistic missile tests, like reported by thepeninsulaqatar.com.

Speaking at a news conference in Brussels, Stoltenberg said NATO was “looking into the nature of what happened and the details surrounding the ballistic missile launch”.

Iran had carried out a medium-range ballistic missile test over the weekend, a Pentagon official confirmed to Anadolu Agency on Monday.

The official declined to detail the location of the test, or what type of missile was fired, but said it failed upon re-entry.

If confirmed, the Iranian test could amount to a violation of UN Resolution 2231, which calls on Tehran “not to undertake any activity related to ballistic missiles designed to be capable of delivering a nuclear weapon,” according to the Security Council.

An emergency meeting of the UN Security Council will take place later on Tuesday at the request of the U.S., a permanent member of the body.

Stoltenberg said NATO could see “several nations, including Iran, are developing different kinds of ballistic missiles and are testing and strengthening their systems”.

“And that just underlines that NATO has to continue to develop a ballistic missile defense system,” he added.

The NATO head also rejected suggestions such systems were directed against Russia.

“We have previously offered Russia to work together with them on this, then Russia rejected and NATO has continued to develop our system which is a defensive system and it’s a way to protect Europe against missile threats,” he said.