You are here: Home / Mediterranean / NATO is ready to provide assistance to Tunisia 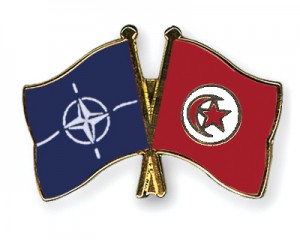 Prime Minister Habib Essid met with Jens Stoltenberg, Secretary-General of the North Atlantic Treaty Organisation (NATO), on the sidelines of the UN Sustainable Development Summit and the high-level debate of the 70th session of the UN General Assembly.

The NATO Secretary-General welcomed the progress made by Tunisia in the establishment of democracy and stability, saying Tunisia is now a successful model of democratic transition in the region, in view of the situation in countries of the region (conflicts and proliferation of weapons and foreign fighters).

Jens Stoltenberg expressed “satisfaction” at the level of co-operation between Tunisia and NATO through the exchange of expertise and information.

“NATO is ready to provide assistance to Tunisia and continue supporting its skills in the security field to meet the challenges,” he affirmed.

The Prime Minister spoke of the security challenged faced by  Tunisia such as the terrorist threat and the proliferation of weapons, noting that the situation in Libya is of “concern to the whole region.”

He, in this context, stated that the perpetrators of Bardo and Sousse attacks were trained in Libya, stressing the need for the international community to further support the Libyan political dialogue to bring together all Libyan stakeholders  around a national unity government and a political consensus.