You are here: Home / West Asia / Nato hopes to keep a base in Afghanistan 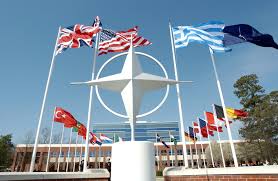 Although Campbell stressed that Nato civilian officials probably will be in charge of the new mission, a contingent of troops also would be needed to secure the base. Campbell said that Nato forces also could be used to help bolster the Afghan air force and intelligence service.

“Countries will see that there are areas where they can help Afghanistan, and they will want to do that. And instead of trying to figure it out on their own, there will be a Nato headquarters where they can synchronise this,” said Campbell, adding it was too early to speculate how many Nato personnel would remain in Afghanistan and where they would be housed.

But preliminary discussions about the matter were held in mid-May when foreign ministers from the 28-nation Nato alliance met in Turkey. There was also a Nato defence chiefs meeting in Brussels last week. Nato leaders hope to finalise decisions about Afghanistan ahead of a scheduled Nato summit in Warsaw next summer, Campbell said.

“Our future presence will be led by civilians. It will have a light footprint, but it will have a military component,” Nato Secretary General Jens Stoltenberg said in a statement.

The talks are another sign that Obama will face continued difficulty in trying to fulfil his promise to withdraw all US forces from Afghanistan by the time he leaves office in January 2017.

Earlier this year, Obama had to backtrack on an earlier pledge to slash the number of US troops in Afghanistan by half over the course of the year. Instead, with the Taliban and Daesh posing continued threats in Afghanistan, Obama agreed to keep 9,800 American troops in the country into next year. They form the bulk of the 13,200 international troops currently stationed here.

Obama has stressed, though, that he plans to complete the withdrawal during his final months in office.

But any post-2016 Nato operation would be in addition to what Campbell said are already plans to leave a residual force of American troops behind to guard the US. Embassy. Preliminary planning that calls for about 1,000 troops and contractors, Campbell said.

Talks about a long-term international presence in Afghanistan are taking place amid growing signs that the Afghan military is struggling to repel the Taliban insurgency.

Since the start of the annual spring fighting season in late April, Afghan forces have been locked in bloody battles with Taliban militants in at least 10 provinces. In northern Afghanistan, the challenges facing the Afghan army are so persistent that it is paying local militias to help it fight the Taliban, Reuters reported.

Campbell is also worried by the expansion of Daesh into Afghanistan and Pakistan. Citing local officials, Afghanistan’s Tolo News reported Friday that Daesh militants now control most of Nangahar province in northeastern Afghanistan.

Campbell dismissed those reports, saying neither Daesh nor the Taliban control large areas of territory in Afghanistan. But Campbell said that the threat posed by Daesh has been steadily increasing over the past six months.

“We are not seeing it operationalised to the point of like what you are seeing in Syria,” Campbell said. “But I think, given time, that is where they want to go, so I think we have to squash that out now while we can.”

As part of a security agreement between Afghanistan and the United States, American forces are continuing raids and air strikes against targets deemed a security risk. Campbell declined to comment on whether those targets now include Daesh militants, but he said he has “all the appropriate authorities” to protect coalition troops.

If all US troops in Afghanistan fall under Nato command in 2017, though, Campbell said new negotiations would be needed to continue those operations.