You are here: Home / Europe / NATO foreign ministers to focus on Libya and Middle Eastern instability 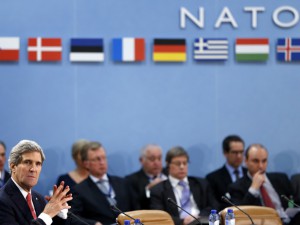 Instability across the Islamic world will dominate talks as NATO foreign ministers gather in Antalya, Turkey, on 13-14 May.

The security implications for NATO stretch from Afghanistan and its potential involvement there beyond 2016 to the alliance’s southern perimeter where the alliance is tracking how an EU military mission could be deployed to halt the huge numbers of immigrants being illegally trafficked from Libya across the Mediterranean.

“Right now all eyes are on the EU and what mandate might be given to Europe’s militaries,” said Douglas Lute, US ambassador to NATO, referring to the EU’s recent request to the UN for a mandate to militarily guard the Mediterranean against human trafficking into the EU.