You are here: Home / Senza categoria / NATO considering US request for AWACS to fight Islamic State 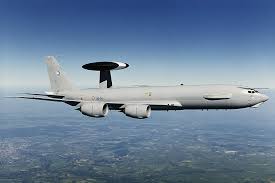 The NATO chief said the alliance is considering a U.S. request to provide AWACS surveillance planes to help in the fight against the Islamic State extremist organization.

NATO secretary-general Jens Stoltenberg told reporters Thursday that “we are now looking into that request. And this is a decision that will be taken by 28 allies” unanimously.

The Transatlantic alliance is not directly involved in the fight against Islamic State, though the United States and all other NATO member states also belong to the coalition fighting IS in Iraq and Syria.

Stoltenberg said the AWACS question will be considered at a February meeting of NATO defense ministers in Brussels, but declined to predict when a decision might be taken.