You are here: Home / MidEastGulf / NATO Chief: Russia has ground troops for an offensive in Syria 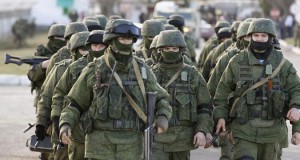 Jens Stoltenberg also said he doubted Russia’s claim that violations of Turkey’s airspace were a mistake because there were two incursions and they lasted longer than a few seconds.

He said the incidents were “very serious” and added: “It doesn’t look like an accident, and we’ve seen two of them over the weekend.”