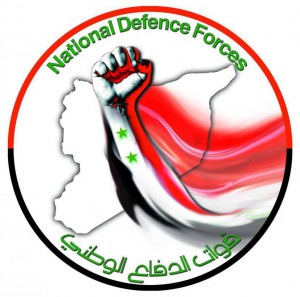 A senior commander of Syria’s national defense forces welcomed Tehran and Moscow’ military aid to his country, and ensured that the ISIL terrorist group will soon be completely crushed by Iran.

He said the Syrian nation welcomes Iran and Russia’s presence and any friendly states’ military power on their soil to fight against the terrorists.

“Today the Syrian people trust Russia and Iran more than the US and the regimes ruling the Sheikhdoms in the Persian Gulf region in the war on terrorism,” Namess said.

Syrian officials have welcomed Iran and Russia’s military assistance in campaign against terrorism.

“Syria welcomes Iran and Russia’s military partnership in fight against the ISIL in Syria and assumes the efforts made by these countries as legal, distant from the double-standards and in line with safeguarding our national security,” Jamal Rabe’eh, a senior Syrian legislator, told FNA on Sunday.

The Syrian foreign minister said Thursday that Damascus might ask Moscow to send troops to fight alongside the government forces against terrorist groups in the war-torn country if necessary.

Moreover, Syria’s envoy to the United Nations said earlier that Russia had every right to carry out airstrikes against the ISIL on the country’s soil.

Kremlin Spokesman Dmitry Peskov said Friday that Russia’s military participation in operations in the fight against the ISIL terrorist group in Syria could be discussed in a bilateral format should such a request surface.

“If there’s a request, then it would naturally be discussed and reviewed in the framework of bilateral contacts and bilateral dialogue. This is so far difficult to discuss hypothetically,” Peskov said.

Also, Iran and Syria have inked several defense cooperation agreements based on which Tehran gives consultations to Damascus in fighting against the terrorist groups.

Syria has been mired in civil war since 2011, with the government of President Bashar Assad fighting against many armed opposition factions, militant and terrorist groups such as ISIL and the al-Nusra Front.