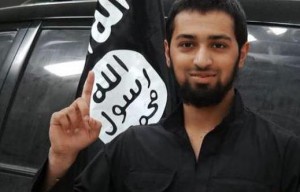 The logo features a fist with the index finger pointing upwards, a gesture apparently favoured by followers of IS, also known as Daesh and Isis, in propaganda photographs.

Mend said it was “disappointed” with the decision and urged the force to reconsider.

Bedfordshire Police said: “It has come to our attention the pointing finger logo used to illustrate social media posts around Islamophobia Awareness Month is similar to that used by Isis. The logo was produced by a national charity and was used in good faith.

“As a consequence and to avoid offence, Bedfordshire Police has deleted these posts and will not tolerate Islamophobia or any other form of hatred or discrimination.”

A spokesman added: “We had a number of people point it out and we have removed it. I could not tell you what faith they came from.”

Social media users criticised the force following the announcement, with one saying: “Will you be charging yourselves with inciting racial hatred?”

Another said: “Are you not aware it is an Isis salute. Heads in the sand.”

A spokesman for Mend said the Islamophobia Awareness Month (IAM) campaign had been running since 2012 and so “predates the emergence of Daesh”.

He said: “Mend and IAM totally abhor the murderous cult of Daesh and their actions have no place in Islam.

“It makes no sense that the IAM campaign logo be dropped by a police force because it purports to resemble a symbol of Daesh. We would not consider removing symbols such as the crucifix or St George’s cross from use in national campaigns simply because they are frequently abused by far right and neo-Nazi movements.

“We are disappointed that a campaign supported by thousands of British Muslims is being sullied in this way. We would strongly urge Bedfordshire Police to reconsider.”