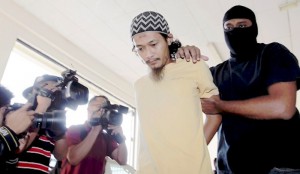 He noted that in a bid to expand its influence in south-east Asia radical Islamists urged members of the Rohingya ethnic group to travel to Syria to take part in combat. At present thousands of migrants from Myanmar are trying to receive temporary asylum in neighboring countries, with some of them still remaining out at sea.

The expert noted that a composite detachment of mercenaries from Indonesia (700 people) and Malaysia (200 people) was currently operating in Syria. “Despite the fact that their share in the total number of foreign mercenaries is not so big, nevertheless, recently they have managed to capture a number of strategically important regions of Syria,” he said.

According to head of the Singapore International Center for Political Violence and Terrorism Professor Rohan Gunaratna, this composite unit posed a serious threat for the countries in south-east Asia. “They are preparing gunmen who can later be transferred to the countries in the region to carry out terrorist attacks,” the expert said. In addition to that, they conduct active propaganda with the view of attracting new members into the ranks of Islamic State.