You are here: Home / Europe / Muslim girl arrested over ‘plans to launch terror attack in the UK 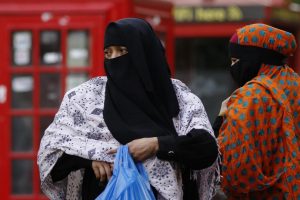 A 17-year-old muslim girl has been charged with terror offences after allegedly communicating with a fighter for the Islamic State terror group in Syria and arranging to receive weapons in order to conduct an attack in the UK.

She is also alleged to have received instructions on how to train and use weapons and asked for assistance in completing a plan, contrary to the Terrorism Act 2006.

The charge follows an investigation by officers from the Metropolitan Police’s Counter Terrorism Command.

She was also previously charged on Wednesday April 12 with acts in preparation contrary to section 5 of the Terrorism Act 2006 and is due to appear at the Old Bailey tomorrow in relation to these matters.

The teenager was remanded in custody and is due to appear at Westminster Magistrates’ Court tomorrow.