You are here: Home / Analysis / Muqtada al-Sadr’s problematic victory and the future of Iraq 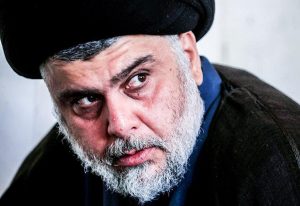 Iraq’s parliamentary elections rarely produce surprises. But the elections that were held this month constituted a potential make-or-break moment amidst widespread social unrest, systemic violence against civilians, and an existential economic crisis, like reported by brookings.edu.

Muqtada al-Sadr’s victory is an example of strategic acumen within a movement that continues its transition from insurgency to government, propelled by a yearning for respite and leadership, and by rampant destitution within Iraqi society. Almost 32% of Iraq’s population could soon be impoverished. But it is precisely this despair that has resulted in the emergence of a protest movement that considers Sadr and his militia to be part of the problem, and complicit in the bloodshed that has engulfed the country, including violence against protesters. In its electoral debut, the bloc representing the protesters, Imtidad, secured 10 seats out of 329, a remarkable feat for a movement that is subjected to systemic assassinations and contested the elections amid unprecedented voter apathy.

There will consequently be tricky waters for President Joe Biden’s administration to navigate. Now is the moment for the administration to double down on its diplomatic efforts to develop and exercise a political strategy for a shifting political landscape, one that requires managing two prevailing contradictions that represent Iraq’s reality for decades to come: the superiority of militias in Baghdad and a protest movement that yearns for democratic rights and good governance.

IMPLICATIONS FOR IRAN
Some observers will see these elections as an opportune moment to combat Iran’s influence. Iran’s proxies within the Popular Mobilization Force (PMF) — the umbrella militia organization established to fight the self-proclaimed Islamic State — saw their seats reduced to 17, down from the 57 they won in 2018. The organization’s defeat contrasts with the success of their foremost rivals, the Sadrists, who won 74 seats (an increase from the 54 they won in 2018). But Sadr should not be complacent. While Sadr will reign politically supreme for the foreseeable future, he still has political rivals that the PMF and its allies, with Iran’s support, can exploit to manage the fallout from their loss.

These rivals include Nouri al-Maliki, Iraq’s former prime minister and leader of the Islamic Dawa Party who was responsible for the collapse of the army in 2014 when ISIS took control of Mosul. He has long been at odds with Muqtada and his State of Law coalition won 34 seats in the elections. Hence, even with Sadr’s impressive victory, the current state of play can hardly be described as insurmountable for the PMF and Iran. Iran and its proxies can find ways to cope.

But Iraq is entering a new phase in its political history that the PMF and its Iranian sponsors are ill-equipped to manage, one in which coercive power may not be sufficient. Together with Iran, the PMF is learning the hard way that power through the barrel of a gun is not sustainable. Its brutality has alienated supporters and large segments of the society that once thought of them as battle-field heroes in the campaign against ISIS.

While the Sadrist movement is also complicit in human rights abuses, the movement can draw on its decades of support to the destitute and disenfranchised, a legacy that preceded their transition to an insurgency in the aftermath of the 2003 invasion and established the infrastructure that has been so critical to their ascension. The PMF’s key factions, on the other hand, have yet to make that transition from militias that emerged from the ruins of the invasion to credible social movements or political actors that can provide at least some sections of the society with a stake in the future of their country.

THE PMF’S VULNERABILITIES HAVE BEEN EXPOSED
The PMF is vulnerable. After its Iran-aligned militias turned their guns on Iraqi civilians, factions within the organization that were not aligned with Iran — namely, the groups aligned with Grand Ayatollah Ali al-Sistani — withdrew last year and now constitute direct rivals. The PMF must also manage the emergence of a protest movement that is becoming a political force committed to shifting the tide of public opinion against the PMF and Iran.

The PMF is contesting the electoral results. Militia heads have issued threats against the officials that oversaw the elections. The factions that comprise the PMF collectively secured more votes than the Sadrists, but they lacked a viable strategy and consequently struggled to secure as many seats. These are desperate times for the PMF: it does not constitute a cohesive political force or social movement, and has been in a state of tumult. Its leading factions are widely disdained because of their atrocities and their defeat in this election is symbolically catastrophic and could set the tone for their future political contestations.

If the PMF views its challenges as existential, the immediate future is dangerous. In practice, that means losing access to the $2.6 billion budget allocated to it as a state-sanctioned auxiliary force, a designation that is detached from reality since the PMF operates outside of the state, and has threatened and attacked the military, U.S. personnel, and Kurdistan.

A reduced budget could be a red line, since it effectively means losing patronage networks and a diminished capacity to mobilize fighters. It imposes extra pressure on Iran’s finances and ability to maintain its militia network in Iraq. Tehran has struggled to prop up this network since the Trump administration’s maximum pressure campaign and the onset of the pandemic.

NAVIGATING TRICKY WATERS
This is an opportune moment. The reverberations of the PMF’s defeat will intensify the organization’s internal disarray and makes it highly unlikely that the organization will ever reclaim popular support. Since the PMF first emerged in 2014, U.S. policymakers have formulated policies around the idea that the PMF enjoys substantial grassroots support and social legitimacy. U.S. sanctions or airstrikes, for example, have been dismissed as viable policies or undertaken in limited fashion on the basis that such measures could embolden the PMF locally and swell its ranks. But such reasoning is no longer plausible.

The U.S. and its European allies must reconsider how they develop strategic relations with Iraq’s political actors. Beyond the PMF, there are others who fan the flames of ethnic and sectarian tensions. The National State Forces Alliance led by Haidar al-Abadi of the Islamic Dawa Party and Ammar al-Hakim of the Hikma Movement, managed only five seats. Abadi’s political irrelevance notwithstanding, al-Hakim still commands a strong support base and has been a voice of moderation in a toxic environment of demagogues and militants. Abadi, on the other hand, far from attempting to calm tensions, attempted to deflect focus away from his poor performance by celebrating his infamous decision to attack the Peshmerga in the wake of the Kurdish independence referendum in 2017 when he was prime minister, which, ironically, was undertaken to improve his prospects of winning the 2018 elections. He came third.

It is here that Washington can put the pieces of a strategy together, focused in equal measure on the protest movement, moderate actors, and Western interests in Iraq. The U.S. should underpin its Iraq policy with the fact that its allies now command a significant chunk of the political landscape, with the Kurdistan Democratic Party securing 32 seats and the Patriotic Union of Kurdistan winning 17 seats (for a combined total of 49 seats). The Taqadum party led by parliament speaker Mohammed al-Halbousi won 37 seats. A coalition of moderates — comprised of Kurdistan, Halbousi, al-Hakim and a selection of independents whose interests and values are aligned with those of the West — is the best hope of transforming the PMF’s decline into an opportunity.

The U.S. must work out what it wants. The political elimination of the PMF is not possible, but containing it is, and there will be no better moment for Biden to signal steadfast U.S. commitment and support by convening the coalition of Iraqi moderates. Such support could improve the Iraqis’ ability to work with each other, and enhance their negotiating position to contain the PMF’s attempts to re-assert itself. At the least, Secretary of State Antony Blinken should undertake a visit to Iraq at the earliest opportunity. Iraq’s political transition may take many months, but the contours of the post-election environment are shaped early on.

Empowering a robust Western-aligned coalition will ease the West’s job of engaging the Sadrists, a bloodstained movement with a total disregard for basic human rights but that nevertheless represents Iraq’s reality for the foreseeable future. A strong coalition would improve U.S.-aligned Prime Minister Mustafa al-Kadhimi’s prospects of securing another term and imposes political costs on the PMF if it opts to coerce its rivals.

Critically, it could insulate the protesters from violence by providing them with political cover, without which the militias will have carte blanche. It could empower the protesters to make the crucial transition into a viable political force. Iraq’s political system might be impervious to major restructuring, but the protest movement can still engage with some of Iraq’s most established political actors as they navigate dangerous waters.