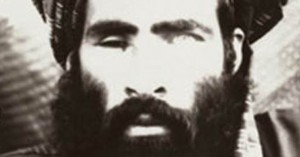 Mullah Omar’s death poses an existential crisis for the Afghan Taliban, analysts say, potentially presaging a splintering of the movement as the Islamic State (IS) group gains a toehold among insurgents enthralled by its battlefield prowess.
The group has suffered a string of recent defections to IS, with some insurgents voicing disaffection with the ‘ghost leader’, who hasn’t been seen in public since the 2001 US-led invasion toppled the Afghan Taliban from power.
The Taliban’s confirmation Thursday of Omar’s death will inevitably deepen divisions, observers say, triggering a power struggle within the already fractious movement at a time when IS is making gradual inroads into Afghanistan.
“This will be the Afghan Taliban’s biggest test yet,” said Michael Kugelman, an Afghanistan expert at the Washington-based Woodrow Wilson International Center for Scholars.
“Mullah Omar, or the idea of Mullah Omar, was a unifying force for a deeply fractured organisation. This confirmation of his death will spark a messy, drawn-out, and likely violent leadership crisis,” Kugelman told AFP.
Insurgent sources say Omar’s son Mohammad Yakoub and current Taliban deputy Mullah Mansour are both top contenders to replace him, with the group expected to announce his successor soon.
Mullah Omar, lionised by his followers as Amir-ul-Momineen –- ‘commander of the faithful’ -– was seen not just a leader of a militant group, he was a spiritual guide who commanded the loyalties of militants across the region.
The gravitational pull of IS, renowned among jihadists for establishing an Islamic ‘Caliphate’ across a swath of Syria and Iraq, is only likely to grow if the appointed successor does not match his stature.
“It all depends on who takes over [as leader],” said Pakistan-based author and analyst Imtiaz Gul.
Unless “somebody of consensus is chosen as Amir-ul-Momineen… the Taliban movement is certainly headed for a split into many factions.”
Kugelman said Mullah Omar’s death was a “huge boon” for the local branch of IS, which a Pentagon report in June said is in an initial exploratory phase in Afghanistan.
“Many Taliban militants, already disaffected by the long silence of their leader, will now have even greater reason to reject their organisation and transfer their loyalties to IS,” he said.
“Mullah Omar’s death will be a very effective recruitment tool for IS, and could help it gain quite a few new recruits in a region where it is still struggling to make inroads.”
The Taliban warned IS recently against expanding in the region, but this has not stopped some fighters, inspired by the group’s success, defecting to swear allegiance to IS chief Abu Bakr al-Baghdadi instead of the invisible Mullah Omar.
“The Taliban movement is facing the most difficult time of its existence,” Rahimullah Yousufzai, a Pakistan-based expert on Afghan affairs, told AFP.
He cited the example of Abdul Rauf Khadim, a Taliban renegade who raised the IS black flag in Helmand.
Believed to be the IS number two in the country, he was killed in a US drone strike earlier this year.
Many other Taliban figures “will follow Khadim’s example if they don’t see any future in this movement, if they disagree with the new leader and the direction of the peace talks”.
Some insurgents, particularly in the restive eastern provinces of Kunar and Nangarhar, have adopted the IS flag to rebrand themselves as a more lethal force as NATO troops depart after 14 years of war.
But the emergence in Afghanistan of IS, renowned for its beheadings and rein of brutality in the Middle East, is seen by some as more psychological warfare than a real threat.
The Taliban and IS don’t share much ideological ground. The Islamic State espouses a brand of Salafism at odds with the Hanafi school of Sunni Islam in Afghanistan.
And it is too early to write off the Taliban as a potent force, with the insurgency inexorably spreading across the north from its southern and eastern strongholds.
The insurgents seized a police base in the northern province of Badakshan on Sunday after more than 100 policemen surrendered, inflicting one of the heaviest blows to Afghan forces since the NATO combat mission ended in December.
“The death of Mullah Omar is definitely the end of an era in the history of Taliban and Afghanistan,” said Ali Mohammad Ali, a Kabul-based political and security analyst.
“His death will not affect the insurgency so greatly but politically the Taliban are handicapped. It’s really hard for them to find a successor who will match Mullah Omar.”