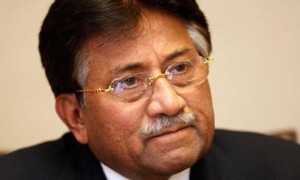 The call by Mullah Omar was reportedly made following pressures by United States on Islamabad regarding the presence of al Qaeda chief Osama bin Laden in Afghanistan.

Washington was apparently urging Islamabad to engage with Taliban regarding bin Laden, considering “the fact that Pakistan was the strongest supporter of the Taliban, was of particular concern” to the US, warning that the Bin Laden issue was eating away relationship between the two countries.

A local newspaper in Pakistan – Dawn News, citing a secret US cable reported that Musharraf conveyed this message to then US Under Secretary of State Thomas Pickering at a meeting in Islamabad on March 26, 2000.

In the meeting, “the chief executive referred to the recent visit of DG ISI Gen Mahmud to Kandahar as evidence of what it was like to deal with the Taliban”.

“Mullah Omar told Mahmud he was sorry that Taliban policies were causing Pakistan problems and suggested that if (Islamabad) did not like (those policies), it might want to bring in its weapons and begin shelling Kandahar,” Gen Musharraf told Mr Pickering.

Replying to US concerns, Musharraf had confirmed his country’s engagement with the Taliban on three major issues, including terrorist training camps and the sanctuary being given by the Taliban to Pakistani terrorists and criminals, the peace issue, and the Osama Bin Laden.

He admitted less progress on bin Laden issue with Taliban, noting his recent meeting with Taliban interior minister who had exhibited a “little bit” of flexibility on the issue and continuously insisted to see proof of Bin Laden’s guilt.

However, the Taliban interior minister had indicated the possibility of constituting an Ulema council, bringing together religious scholars from Saudi Arabia, Pakistan and perhaps the OIC, to consider the evidence against Bin Laden.

In the meantime, the secret US cable also revealed a brief assessment of Pakistan’s Afghan policy which was sent to Washington in a secret message by the US Embassy.

The secret message reads “Pakistan’s rationale for supporting the Taliban is also unchanged: It is committed to establishing a friendly regime in Afghanistan beholden to Islamabad, hostile to Iran and India, dominated by Pashtuns, and uninterested in pursuing territorial claims against Pakistan.”