You are here: Home / Europe / MSC Cruises suspends calls in Egypt and Ukraine due to safety reasons 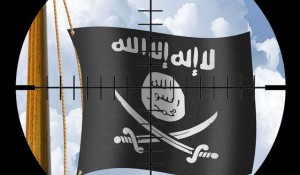 The cruise operator said other destinations including Bulgaria, Rhodes, Crete, Cyprus and Israel will feature instead.

The move has been prompted by concerns over political unrest in both countries, as well as falling demand.

MSC Fantasia’s 11-night Eastern Mediterranean sailings are also subject to change with Rhodes and Heraklion again replacing Alexandria. A total of six departure dates are affected: December 17, 2015, and January 8, January 30, February 21, March 14 and March 25, all in 2016.

In addition, Egypt port calls have been removed from the repositioning Grand Voyages of MSC Sinfonia and MSC Musica when the ships leave Europe in October and November and head for their winter home ports in Durban and Dubai.

MSC Sinfonia will instead visit Heraklion and Eilat in Israel while MSC Musica will call at Heraklion.