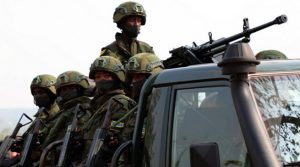 Soldiers from the two countries took back Mocimboa da Praia, which insurgents with ties to Islamic State have held for a year, the Rwanda Defence Force said in Twitter post on Sunday. The Mozambican defense ministry later confirmed the development, saying operations continued to consolidate their control in the area. The conflict in the region has left more than 3,200 people dead and displaced another 800,000, like reported by dailymaverick.co.za.

Regaining control of the town is a major victory for the Rwandan soldiers and police who helped spearheaded a counter-offensive at the request of Mozambique President Filipe Nyusi over the past month. Lasting peace and stability in the area may convince TotalEnergies to resume work on its mega liquefied natural gas project, about 60 kilometers (37 miles) north of Mocimboa da Praia.

“It’s necessary to wait and see the frequency of new attacks and where they will occur,” Calton Cadeado, a researcher at Joaquim Chissano University in Maputo, said by phone. “If these are far from the area of resource exploitation, then we can say that the conquest is consolidated and LNG projects can resume with relative safety.”

More than 100 of the IS-linked fighters had in March used Mocimboa da Praia as a base to launch a deadly raid on the nearby town of Palma, adjacent to the LNG project in Mozambique’s northern Cabo Delgado province. That prompted TotalEnergies to evacuate employees and suspend work for at least a year.

Mozambique and Rwanda recaptured Mocimboa da Praia even before troops from the 16-member Southern African Development Community joined combat operations. Botswana President Mokgweetsi Masisi said SADC mission to Mozambique starts on Monday in Pemba, the provincial capital of Cabo Delgado. Rwanda isn’t a member of SADC, and there have been some tensions over its involvement in the matter.

Guerrilla Tactics
“What we see is clearly a competition of forces between SADC and Rwandan forces,” said Mohamed Tharwat, an analyst at Intelyse, a risk management company in Dubai. “The fact that Rwanda announced yesterday’s operational success on social media ahead of any announcement by Maputo is emblematic of this competition, which risks broader regional frustrations within the SADC and suggests diplomatic differences that could undermine operational cooperation on the ground.”

The war may be far from over. The insurgents abandoned Mocimboa da Praia without resisting, Kigali-based news website The New Times reported on Monday, citing Rwanda’s Brigadier General Pascal Muhizi. The rebels had reorganized and fled to hide in small pockets in the region, the news website reported.

“The militant group will likely shift towards guerrilla warfare tactics to reduce the imbalance,” said Alexandre Raymakers, an Africa-focused analyst at Verisk Maplecroft. “We expect attacks on rural hamlets and military patrols to rise in the next three months. Momentum will only be truly maintained once rural areas have been secured by government.”

TotalEnergies, which bought an operating stake in the project for $3.9 billion in 2019, was targeting to start exporting the super-chilled fuel by the end of 2024. The first phase of the project is designed to produce over 13 million tons of LNG a year.

The company didn’t immediately comment when contacted on Monday.