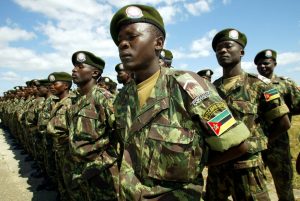 Ahlu Sunnah Wal Jammah (ASWJ) has developed into a well-equipped and coordinated insurgency and is now closing the capability gap with Mozambican security forces, like reported by theafricareport.com.

“At the current rate, the momentum is firmly with ASWJ and without significant regional assistance, substantial financial commitments and major structural reform it is unlikely that the Mozambican army will manage to substantially turn the tide in their favour in the next six months,” says Alexandre Raymakers, senior Africa analyst at Verisk Maplecroft in London.

As with the Nigerian army in the initial stages of the fight against Boko Haram, the Mozambican army currently lacks the financial resources or a coordinated regional approach to effectively stem ASWJ’s advances. A multinational force made of up units from several African countries was a key factor in Nigeria’s ability to reverse Boko Haram’s territorial expansion back in 2015.

“Maputo will simply not regain the initiative without remediating the major structural gaps that hinder overall Mozambican military capabilities,” adds Raymakers. Government use of private military contractors “should avert a major military catastrophe but will not be able to provide the edge necessary to drive out ASWJ”.

Only a month ago, ASWJ was attacking mostly isolated vehicles of subcontractors, not well-protected project sites. This was said to be due to the absence of heavier and more sophisticated weaponry, including explosives.

The insurgents regained control of the strategic northern port of Mocimboa da Praia in Cabo Delgado Province on 12 August.
Situated 60km south of the Afungi peninsula, home to the country’s liquefied natural gas (LNG) activities, the port is of significant importance to oil and gas operators.

According to research published by Norway-based think tank CMI, there is no clear evidence that the insurgency is linked, as it claims, to the Islamic State rebels. Yet the military threat it poses is real.

CMI says there is a dangerous split in the army between commanders and the rank and file. The latter are often new recruits with little training who have found themselves thrust into a fight that they do not understand.

Morale is low, and many soldiers are ready to drop their uniforms and weapons to “run away from a war which they do not see as theirs,” says the CMI report.

A consortium led by French oil major Total in July announced $14.9bn of senior debt financing for LNG development in Mozambique. Energy consultancy Rystad Energy forecasts that gas production in the country will increase from 72,000 of barrels of oil equivalent per day in 2020 to 753,000 by 2030. Total country spend in the sector is forecast to rise from $3bn to $17.2bn over the same period.

The deteriorating security situation casts a cloud over those projections.

“Opportunistic attacks on operators, such as the killing of eight workers of a private construction company this June, will likely increase in frequency over the next six months,” he adds.