You are here: Home / Senza categoria / Moving from countering to combatting terror 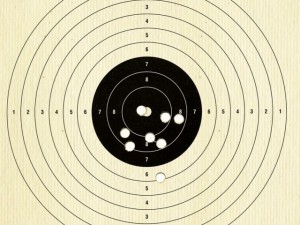 The discarded term ‘War on Terror’ will assume a more literal meaning in the coming months. Statements by various U.S. military and government officials reveal a clear trend of increased military operations in Iraq, Syria, Afghanistan, and Libya. This trend reflects an acknowledgment that the assumptions surrounding traditional counterterrorism efforts—that drone strikes and small-footprint partnerships with local liaisons would be sufficient to contain threats—are wrong. Local societies are destabilizing and collapsing, making the priority now a more robust military effort, given that terrorist groups are more powerful than previously assumed. The coming year will see an escalation in tactics that may help temporarily blunt the momentum of extremism, but recent history suggests a pessimistic long-term result.

Iraq: Over the last 18 months, the U.S. military has significantly increased its capabilities and operations in Iraq. 500 soldiers from the 101st Airborne Division will deploy to the country in February, to be followed by another 1,300 later in the spring. There are approximately 3,500 U.S. military personnel already in Iraq—a number that will rise, according to the U.S. Secretary of Defense, as the momentum increases. Iraqi political and social considerations will play a large role in limiting the number and visible presence of U.S. troops in the country, but the United States appears determined to play a leading role in the expected offensive against Mosul. Raids by U.S. Special Forces will increase, as will airstrikes. Even if U.S. military efforts succeed, the underlying divisions in Iraq, if not addressed locally, will ensure a repeat of this escalation in the future. In 2013, the 101st Airborne Division captured Mosul; its personnel will likely be involved in the planned recapture of the city in 2016.

Syria: The U.S. military presence in Syria was initially driven by counterterrorism concerns; the corresponding counterterrorism approach relied on an extremely small footprint and on training and arming local partners. The scale of the terror threat—with the so-called Islamic State and Jabhat al-Nusra among the most powerful elements in the country—has forced the change in approach, requiring more personnel and more complicated logistics. Special Forces capabilities have increased and there are reports that the U.S. is using an airfield in Rmeilan, in northeastern Syria, to support ongoing military operations against the Islamic State. U.S. Vice President Biden recently declared that the U.S. would prefer a political solution in Syria, but is prepared for a military solution to remove the Islamic State should talks fail. Additional U.S. military personnel will be deployed in Syria in 2016 as the recapture of Raqqa becomes more urgent. As proven in Iraq and elsewhere, retaking a city from extremists and rebuilding and holding a city are very different things.

Afghanistan: During his confirmation hearing before the U.S. Senate Armed Services Committee, Army Lt. Gen. John W. Nicholson, Jr. made clear he would reevaluate the number of U.S. troops in Afghanistan, which currently stands at 9,800. The emergence of the Islamic State, along with the continued presence of al-Qaeda and a resurgent Taliban, will require an increased presence and operational tempo for the U.S. than was planned for as recently as last year. As in Iraq, training and equipping a local army has proven insufficient to quell an insurgency as long as the country’s social and political foundations remain rotted. The stated purpose of the initial 2001 invasion was to ensure that Afghanistan would never again become a sanctuary for terrorism. More than 14 years later, Gen. Nicholson, Jr. stated he would look at all measures to ‘prevent the re-emergence of transnational terrorist threats.’

Libya: The collapse of Libya, brought about in part by the NATO-led bombing that helped topple the Qadhafi regime without a stable replacement, has created a serious terrorist threat not just to Libya, but to the region and beyond. The Islamic State has made enough inroads into Libya that the U.S. is now considering significant military operations in the country. On January 22, Gen. Joseph Dunford, Jr., the chairman of the Joint Chiefs of Staff, said the U.S. could take decisive military action against the Islamic State in Libya within a matter of weeks. While details remain unclear, such action would include increased airstrikes, some form of local liaison, and some presence of U.S. troops on the ground.