You are here: Home / Europe / Mother who fled Europe to join Isis says western women are ‘just wombs to make babies for Daesh’ 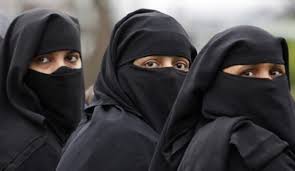 A woman who left Europe to join Isis, taking her four-year-old son with her, has said it took her just 10 days to realise she had made “the worst mistake of my life”.

Lured to Syria by three younger male friends, 34-year-old French Muslim-convert Sophie Kasiki has been released by Paris police after two months in prison following her return to the West.

Under a fake name, Ms Kasiki has written a book about how she was tempted to join Isis, discovered the truth about the squalid conditions living there, and engineered a dramatic midnight escape with the help of Syrian opposition fighters.

Speaking to the Observer, she debunked the propaganda disseminated by Isis to attract foreign fighters, saying she found that “in reality, these western women were just wombs to make babies for Daesh”.

Ms Kasiki reacted in horror to seeing images of a young British boy used in a recent Isis propaganda video. “That could have been my son,” she said, adding she only found out after she returned to France that her own child was made to pose for pictures with an assault rifle when she wasn’t there.

After flying to Istanbul, Ms Kasiki was brought to Isis’s Syrian stronghold of Raqqa, where she was ordered to hand over her passport and not to go out alone.

She was made to work at a maternity hospital, in awful conditions and alongside staff who seemed to have no care for their patients’ suffering.

Prompted in part by desperate online messages from the husband she left behind, Ms Kasiki says she asked to go home. “To begin with they made excuses, then came the threats. They said I was a woman alone with a child and I couldn’t go anywhere, and if I tried to leave I would be stoned or killed.”

Ms Kasiki’s book, In the Night of Daesh, describes her journey to Isis and her escape on a motorbike with her son hidden under her niqab. “I will always feel bad about taking my son into this hellish nightmare, so bad I often feel completely paralysed with guilt,” she said. “Now I must prevent other people being drawn into this horror. What can I say? Don’t go.”