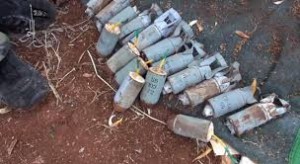 Iraqi forces used to facing deserted, explosives-rigged streets and booby-trapped buildings have not encountered as many bombs planted by militants in Mosul as they did in earlier battles against them, officers have said to alaraby.co.uk.

The Islamic State group has no qualms about killing civilians, but the presence of a large number of residents in Iraq’s second city discouraged the militants from extensively sowing it with explosives, AFP has reported.

While previous urban battlefields in Iraq’s war against IS were largely depopulated by the time the country’s forces moved in, Mosul still sheltered a more than a million people when the offensive to retake it was launched three months ago.

If explosives had been widely planted by the militants ahead of the battle, they would have been at risk of being triggered before Iraqi forces arrived.

So while the systematic mining of roads and rigging of buildings with bombs has arguably been IS’ signature defence system against Iraqi forces, in Mosul, the extremists had to change tack.

Iraqi forces have seen less booby-trapping in Mosul than in Anbar and Salaheddin provinces, where earlier key battles against IS took place, said Staff Lieutenant General Abdulghani al-Assadi, a top commander in the elite Counter-Terrorism Service.

“The reason is the families remained in their neighbourhoods, in their houses,” Assadi said.

Some residents of the city have ventured out of their homes just moments after the fighting died down, and in recaptured areas of eastern Mosul, stores are reopening, goods are displayed in front of shops, civilian cars and pedestrians move along some streets and children play outside.

Staff Lieutenant General Sami al-Aridhi, another senior CTS commander, said there was “no comparison” between the number of bombs planted in Mosul and those in Anbar province, where Iraqi forces retook the cities of Ramadi and Fallujah from IS.

There are fewer because “here in Mosul, the residents didn’t leave,” Aridhi said.

“Now, when we advance into any neighbourhood, we don’t think that the street is booby-trapped; our vehicles move normally.”

IS needed civilians in Mosul to maintain at least the veneer of a functioning “state,” and extensively planting bombs that could be triggered by residents would have both reduced their defensive utility and risked stoking popular anger against the militants.

This does not mean that IS has completely forgone the use of bombs in Mosul.

It is a “change of strategy” for IS, said Captain Qaisar Fawzi, an officer in an Iraqi army engineering battalion.

“They did not rely on roadside bombs, they relied on explosives-rigged vehicles,” he added.

Vehicles rigged with bombs “are indeed the enemy’s weapon of choice in the battle of Mosul,” said Colonel John Dorrian, spokesman for the US-led anti-IS coalition.

But, according to Assadi, in “important areas, the residents were displaced… and (IS) started to booby-trap them.”

Lise Grande, the UN’s humanitarian coordinator for Iraq, said that bombs planted by IS have still posed a threat to civilians.

“People who are trying to flee Mosul… have stepped on booby-traps and IEDs (improvised explosive devices),” killing some and wounding others, Grande said.

And “based on experiences from other occupied areas, we’re worried that IEDs have been planted by (IS) in schools, hospitals and other public buildings,” she said.

Civilians obstacle to both sides

The large numbers of civilians in Mosul have also hampered Iraqi offensive operations.

Aridhi said that while security forces could previously strike IS from a distance, “here, we are not able to use any fire, because citizens are present.”

“We are delayed because people are present,” he said.

Assadi agreed, saying that there is “little booby-trapping, few bombs, but (many) citizens whom we must protect.”

Iraqi forces do however still use heavy weapons in Mosul: helicopters and warplanes have frequently carried out strikes inside the city, and artillery as well as large unguided rockets are fired inside it.

The combination of civilians staying in the city and the lower number of bombs planted inside it means life has returned to some recaptured areas in Mosul far quicker than in other cities retaken from IS.

Parts of Ramadi and Fallujah are still uninhabitable, but while some houses and buildings in Mosul have been wrecked and streets are cratered by bombs and strewn with rubble, other places have escaped largely unharmed.

“The booby-trapping began after the start of the Mosul operation,” said resident Raed Mohammed, speaking to AFP at a roundabout in the city’s east where street vendors were out selling goods, but which was still overlooked by an IS billboard and marred by damaged buildings.

People were going about their daily lives before that and, had the militants extensively planted bombs, “it’s likely that they themselves would have been exposed to explosions.”