You are here: Home / MidEastGulf / Mosul: foreign ISIS militants fleeing to Syria through Baaj Route but Iraqi jihadists stay in the city 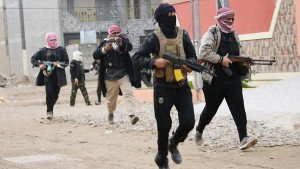 Following the start of Mosul operation, the Islamic State (IS) militants have reportedly begun to flee to Syria from Baaj area in eastern Mosul.

Saido Chato, the head of the Kurdish Brotherhood and Coexistence Bloc at the Nineveh provincial council told BasNews that the anti-IS global coalition warplanes should heavily bombard the route which the militants are taking to flee from Baaj to Syria.

The official said that the militants may also take the Yezidi captives with them to Raqqa, the IS stronghold in Syria.

According to local sources, the foreign jihadists are fleeing to Syria and the Iraqi IS militants remain in the city, Chato said.

He called on Mosul residents to stay in their houses and keep away from the IS positions in the city.

The Iraqi PM Haider al-Abadi officially announced the start of the Mosul offensive early morning on Monday, and up to 4,000 Peshmerga troops are taking part in the operation on three fronts to liberate the nearby IS-held villages as part of the agreement between Erbil and Baghdad.