You are here: Home / Europe / Moscow concerned with expanding influence of Islamic State 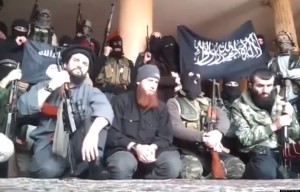 Moscow is concerned with expanding influence of the Islamic State (IS) terrorist organization, including in Syria and Iraq, Kremlin spokesman Dmitry Peskov told journalists on Tuesday.

“In fact, this is not a secret that the Russian side expresses increased concern at the highest level with how the so-called Islamic State expands its influence further and how the territory controlled by terrorists grows in Syria and Iraq,” Peskov said.

The spokesman reminded that “this issue was raised more than once by [Russian President] Vladimir Putin at talks with his colleagues from several European countries and US.” “In his recent conversation with [US President] Mr [Barack] Obama, Putin raised this issue as well,” he added noting that “there is concern, and there are plans to urge everyone to cooperate.”

He refused to provide details about plans of Russian authorities in this direction noting only that “work is underway.” “Considering some kind of details, it is probably too early to say something,” Peskov added saying that further work will “depend on the modality of cooperation.”

The Kremlin spokesman stressed that several countries’ plans to oust and counter Syrian authorities will only exacerbate the situation with terrorism and expand its influence. “We see that actions are made in different directions. Some our colleagues, on the contrary, continue working on undermining the positions of Syrian leadership,” Peskov said. “In our opinion, this will lead to further deterioration of the situation,” he concluded.