You are here: Home / MidEastGulf / Moscow begins hunt for killer of Russian pilot 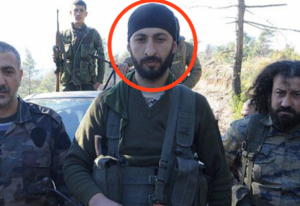 Russian air forces and the Syrian army have started a hunt for Turkmen militant Alparslan Çelik.

Çelik had stated that he was the one who had killed the pilot of the Russian warplane which Turkey had shot down, Lenta.ru, a Moscow-based online newspaper, reported citing The Independent.

As per the source, finding and detaining Çelik was one of the objectives of the Syrian army attacks in the Latakia Governorate of Syria.

As a result, several key settlements were liberated, including Rabia town where this militant presumably could have gone hiding.

On November 24, 2015, the Turkish air force shot down a Russian Su-24 attack aircraft/interdictor nearby the Turkish-Syrian border. The warplane was taking part in the antiterrorism operations in Syria. This incident has led to the ongoing strain in Turkey-Russia relations.