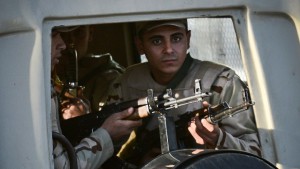 The attack happened in Sheikh Zuweid city in the Sinai Peninsula. An entire family of five members, including three children, were killed inside the house, and other nine of their neighbors were wounded, the official said on conditions of anonymity.

The attack seems to be accidental, as the security checkpoint was the intended main target, the source added.

Since 2013, Egypt has witnessed growing waves of militant attacks mainly in Sinai, where hundreds of security men have been killed.

The extremist organization, Ansar Bayt al-Maqdis, which has sworn allegiance to the Islamic State, has claimed responsibility for most of the attacks.