You are here: Home / Mediterranean / Morocco to acquire submarine, helicopters from Russia 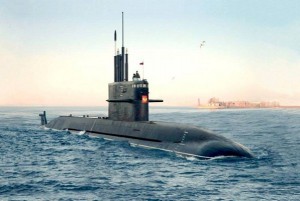 Morocco is reportedly seeking to obtain a submarine from Russia during King Mohammed VI’s forthcoming visit to Moscow by the end of 2015.

According to American newspaper the New Tribune, Morocco and Russia are close to concluding a deal to acquire the Russian-made Amur 1650 submarine.

The Amur 1650 is capable of carrying 18 missiles, torpedoes, or mines, and can be operated in any oceanic area, , at any weather, and in shallow and deep waters.

The kingdom is also planning to reinforce its four new frigate warships by acquiring helicopters with anti-submarine capabilities from Russia.

The same source added that Negotiations between the two countries have been postponed several times since the deal was proposed in 2013.

The deals with Russia have been suspended for financial reasons.

Speaking to Russian news agency Sputnik, Moroccan ambassador to Russia Abdelkader Lachheb said “the forthcoming visit of His Majesty the King has a historical and strategic importance.”

“It is designed to give a strong impetus to the development and quality of bilateral relations and to deepen the strategic partnership between Russia and Morocco,” added Lachheb.

Russian President Vladimir Putin issued the invitation to King Mohammed in May 2015. The specific date of the royal visit to Russia has not yet been announced.