You are here: Home / Mediterranean / Morocco, EU to work for adoption of new anti-terror action plan 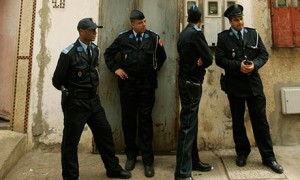 Morocco and the European Union (EU) will work towards the adoption of a new action plan in the fight against terrorism, Morocco’s Delegate Minister for Foreign Affairs and Cooperation Mbarka Bouaida said on Wednesday.

The action plan will focus on prevention of terrorism and extremism, fighting organized crime and cybercrime, the minister said.

The new plan was born out of EU’s agenda on security in 2015-2020, which aims to ensure effective responses to terrorism and security threats in the EU, the minister said.

She noted that Morocco has participated in the meeting of the European Commission in charge of terrorism and in the strategic dialogue on terrorism.

Tunisia’s latest cooperation with EU on anti-terrorism came days after the Nov. 13 Paris attacks by the Islamic State, which killed at least 129 people and injured hundreds of others.