Morocco’s Central Bureau of Judicial Investigation (BCIJ) has dismantled a terrorist cell linked to the so-called Islamic State, better known as ISIS, in Tetouan, the Ministry of Interior said in a communique according to moroccoworldnews.com 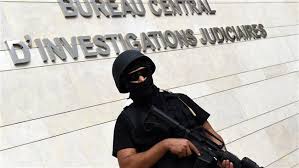 The dismantling of this cell, comprised of three members, came “in light of intelligence information,” according to the ministry.

The three suspects had been planning to carry out terrorist attacks in vital areas of Morocco by using remote controlled explosives. They were also planning to assassinate security officials based on the terrorist agenda of ISIS, the ministry said.

The ministry’s investigation has shown that the leader of this cell is highly qualified in the field of remote controlled explosives. His plan, along with his colleagues, was to purchase the raw materials needed in the manufacture of improvised explosive devices.

The ministry also said that the dismantling of this cell is part of a larger effort being undertaken by Moroccan security services to counter growing terrorist threats. It has resulted in the confiscation of electronic equipment and devices likely to be used in remote detonation systems. This includes welding, alarms, electric wires, batteries and mobile phones, in addition to a bottle containing suspicious liquid, white weapons and sticks.

These confiscated supplies and materials will be subjected to scientific examination, overseen by authorities qualified in the area, said the ministry.

The suspects will appear in court as soon as the ongoing investigation of the public prosecutor ends, the ministry added.