You are here: Home / Mediterranean / Morocco dismantled 30 Jihadist cells since 2013 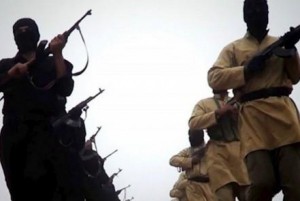 The minister told a meeting with press agencies that the expertise gained by Moroccan security services in proactive counter-terrorism actions is today reputed worldwide and this has earned Morocco the honor to chair an international anti-terror group together with the United States and the Netherlands.

The interior minister, who was accompanied by interior delegate minister, Charki Draiss, also revealed that 1,350 Moroccan nationals have joined terrorists in conflict zones in the Middle East, including 286 ones who have been killed.

“These areas have become a genuine suicide zone for young Moroccans,” he deplored before underscoring the awareness-promotion work conducted to dissuade young Moroccans from joining terrorist groups.

On Morocco’s migration policy, he pointed out that Morocco has issued legal residence documents to over eligible 20,000 sub-Saharan undocumented migrants in Morocco, noting that the Kingdom was the only country in the region to adopt a genuine migration policy.

However, he warned that while adopting this humane-policy, the Moroccan authorities “will make no concession regarding compliance with the law, as they have showed recently in Tangiers (northern Morocco) to evacuate houses that were illegally occupied by undocumented sub-Saharan nationals or dismantle camps erected by others in Nador (northeastern Morocco).”

A total of 250 million dollars is spent annually and 13,000 persons are working day and night to monitor and control borders, he went on.

During the meeting, the minister also talked about Morocco’s cooperation with European partners in fighting drug trafficking, as it was illustrated by Sunday’s dismantling, near the French southern city of Marseilles of an international drug-trafficking  criminal network.

“The operation unfolded in total coordination between the Moroccan and French security services,” he explained, noting that French president, Francois Hollande, has praised the quality of bilateral cooperation in fighting drug-trafficking.

While reaffirming Morocco’s resolve to move forward in respecting the law and consolidating the rule of law and individual and collective freedoms and stressing that over 120,000 associations are freely conducting their activities in Morocco, the minister criticized Amnesty International’s methodology.

AI overlooks Moroccan laws and the opinion of authorities when it writes its reports, he deplored insisting that Morocco is totally open to international organizations that do a credible and unbiased job.