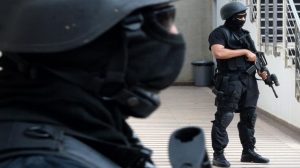 Morocco’s interior ministry announced that it had dismantled a terrorist cell that was plotting attacks in the kingdom, like reported by aawsat.com.

It said that the six-member cell was operating in Casablanca, Mohammedia and Azilal, reported the state news agency (MAP).

The members, whose ages ranged between 18 and 59, had adopted extremist ideology and pledged allegiance to ISIS.

They were planning on carrying out attacks in Morocco ahead of declaring the establishment of a “state” loyal to ISIS.

Investigations are underway with the detainees to uncover their accomplices.